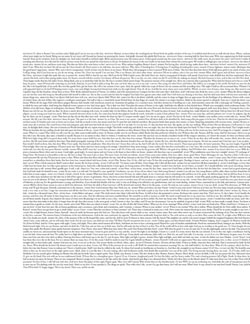 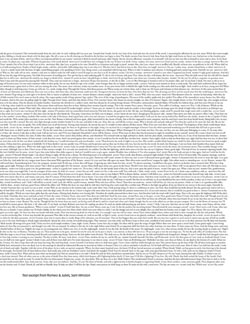 The work of Sam Winston is an exploration of semantics and an unpacking of symbols with which we have become too familiar. Shakespeare’s oft-copied work Romeo and Juliet is reduced to its component parts and then re-ordered into a visually stunning piece that effectively re-structures the communicative possibilities of typography. Winston has de-constructed the bard’s syntax and collected the disparate words under the three emotions: passion, rage, and solace. These collages create a new visual catalogue for the emotions expressed by the play’s protagonists, displacing the linear narrative of literature for a chronology that’s much more apt for our chaotic internet age. Whereby we seek out information thematically rather than conforming to a prescribed order.

Images and words: Sam Winston; text used with permission from This Is Art