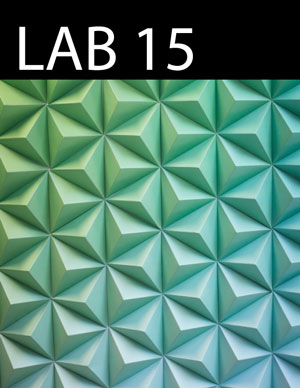 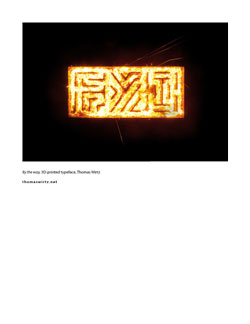 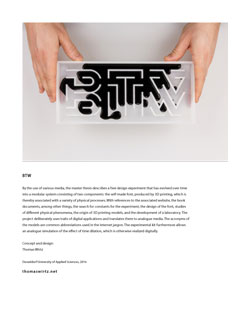 By the use of various media, the master thesis describes a free design experiment that has evolved over time into a modular system consisting of two components: the self-made font, produced by 3D printing, which is thereby associated with a variety of physical processes. With references to the associated website, the book documents, among other things, the search for constants for the experiment, the design of the font, studies of different physical phenomena, the origin of 3D printing models, and the development of a laboratory. The project deliberately uses traits of digital applications and translates them to analogue media. The acronyms of the models are common abbreviations used in the internet jargon. The experimental kit furthermore allows an analogue simulation of the effect of time dilation, which is otherwise realized digitally.