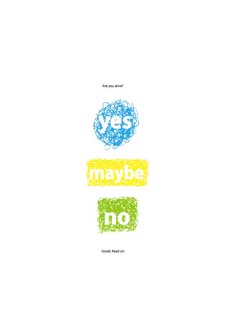 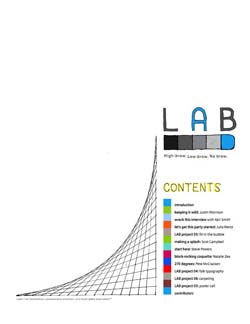 The experiment that is LAB continues posthaste.

Well, more like sans haste, to be honest. This issue, although roughly half the size of its predecessor (issue 0.5), took roughly twice as long. Which means, of course, that this issue is four times better. That is to say, we had four times as much fun making it. If we keep this up, the sixth issue will take 8 years to make and be approximately 3 pages long… but the fun we’ll have! Indescribable. Beyond imagination. Words could not even begin to describe the fun to be had.

If you asked us to rationalize a bit (and it wouldn’t be unreasonable of you to do so), we’d probably say: well, we took a page from the book of Slow Food, and decided to practise some Slow Making. Or Slow Design. Which involved doing things like using a Kamp-King utility knife to scratch letters into a soggy board found in the backyard; scavenging neighborhood free boxes for curious ephemera; doodling on paper bags while volunteering at local micropress mecca Reading Frenzy; sitting on the porch with fruit salad talking about Neue Haas Grotesk (AKA as Helvetica); doing things like printing up pages, then dropping them in puddles and walking on ‘em with muddy boots; buying old stencil kits from retired clergymen at garage sales; running around the park and jumping out of trees and climbing on public statues and evading security guards (well, that was mostly Scrappers… see Keeping It Wild). And then there was the laborious process of setting all the type by hand on a KroyType™ 80 lettering machine1 (basically a giant 40-lb Dymo labeling machine on steroids, except you can swap out “typedisks” and kern words individually— oh the fun to be had!).

On the back cover, you’ll find a detail of a blanket handmade by one Verna Sigurdson of Portland, Oregon. It was one of five or six she was selling at a garage sale, priced very reasonably at $10.00 each. When asked how long it takes her, on average, to make one blanket, Verna replied, “I don’t know. It takes as long as it takes to make it. It’s done when it’s done.”

Which pretty much sums up the attitude here at LAB. However, there’s at least one main difference between Verna’s blanket and this booklet / quasi-zine (or PDF) you’re holding in your hands (or reading on your screen): this issue probably won’t keep your feet warm on a chilly winter night. But we hope that it at least piques your curiosity and maybe keeps you company on a sunny afternoon.

1 Okay, so we didn’t actually set all the type in this issue with the KroyType™
behemoth… just a few title fragments. But that counts for something, right?