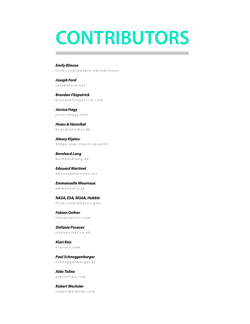 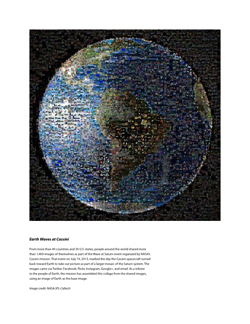 From more than 40 countries and 30 U.S. states, people around the world shared more than 1,400 images of themselves as part of the Wave at Saturn event organized by NASA’s Cassini mission. That event on July 19, 2013, marked the day the Cassini spacecraft turned back toward Earth to take our picture as part of a larger mosaic of the Saturn system. The images came via Twitter, Facebook, Flickr, Instagram, Google+, and email. As a tribute to the people of Earth, the mission has assembled this collage from the shared images, using an image of Earth as the base image.